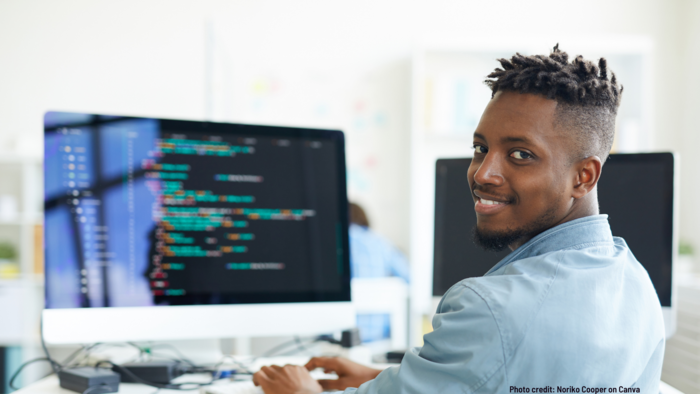 The Future of Work: Why You Should Switch to Tech

Data, data, data. Over the years, we have witnessed how this four-letter word has upended industries on a global scale. With the emergence of the pandemic, data has been catapulted at the forefront of the economy in a matter of weeks. Where data was once just a tool to move businesses forward, it has now become the business—a force that’s become so indispensable, companies are scrambling for individuals who can wield it expertly and transform it into a competitive advantage.

The first thing you might do after reading this is to roll your eyes. Or whine. “It’s not that easy!” And it isn’t. If you’re a writer looking to break into the tech industry, the transition will not be pretty. After all, when you decided to take that Literature degree, you were definitely not thinking of writing code but stories.

But almost everyone goes through a phase in life where they have to make career transitions. Take Pope Francis, for example. He was juggling jobs as a bouncer at a Buenos Aires nightclub and a janitor before entering the seminary and finally becoming the highest figure of the Catholic Church. Which gives rise to the question: If the Pope can do it, why can’t you?

If that’s not enough motivation, then let’s look into other factors that make tech upskilling a vital move in today’s economy.

In a time that’s fraught with job insecurity, perhaps the best thing we could hope to hear is that chirpy line: “We’re hiring!” And hiring it is. In the past few years, reports upon reports have been published highlighting the talent pool shortage in the tech industry where the growth in the number of available tech jobs is outpacing the number of people with the skills to fill them. While this may be a cause for a headache for companies, it’s definitely good news for those looking to break into the industry.

Of course, this doesn’t mean that everyone’s a shoo-in for the roles. The tech industry is a competitive world so make sure that you’re well-equipped with the relevant skills and knowledge before you make that switch. But the good news is, you don’t even need a degree! Yes, you read that right.

Big companies like Google, IBM and VaynerMedia (to name a few) look past the degree and focus more on technical skills and your experience more than the degree. To get that experience, you can sign up for coding bootcamps. But, if you prefer to get a degree, you can pursue a master’s in IT. Either way, the tools you’d need are at your disposal.

Be Part of the IT Crowd

One of the sweeping misconceptions surrounding the IT field is that it’s a place for the anti-social when, in fact, it’s anything but. Considering the scale of the projects that IT professionals work with, collaboration is one of the most crucial skills in their workplace. This is why some coding bootcamps, such as Galvanize, train their students through pair programming which, as you might guess, pairs the students and lets them share a single workstation. The idea behind this is that pairing results in better outputs, fewer bugs, and a faster spread of knowledge across the team. So, if you were ever one of those kids in high school who was never invited to parties, breaking into the tech field will most definitely fulfill your long-forgotten dream of being part of the IT crowd. Semantics aside.

Show Me the Money

The 2019 Global Knowledge IT Skill and Salary Report found tech salaries at its highest level yet, averaging at $89,732 globally and $113,639 in the United States. For entry-level tech jobs, the median base starting salary can play from $50,000 to $60,000—a better-than-decent salary for anyone who’s just starting.

These figures have positioned tech careers into becoming one of the most sought-after professions out there. As the ubiquitous access to technology becomes more advanced, the current rate for IT professionals will continue to increase.

With the economy’s rapid transition to Cloud, the tech industry has never been riper with opportunities. You can start small. Try to take ownership of technology at your place of work. Learn about the technology in the office. Get good at it. Be proactive. Network and become friendly with the IT team. Soon you will show that you are willing to learn and this might just help you to get your first break into the tech industry. This is exactly how Jae Taylor went from being an office assistant to a director in the tech space. He’s worked at companies such as Expedia, Microsoft, Salesforce and currently, Twitter. (Check out episode 30 of our podcast, The NoDegree Podcast, for his story.)

If you’re looking for an industry that’s growing and can withstand the health and economic crises that we are in now, there’s no better place to be than in than tech. And remember, in some instances, you don’t need a degree.

Image by Shironosov via Canva

Artur Meyster is the CTO of Career Karma (YC W19), an online marketplace that matches career switchers with coding bootcamps. He is also the host of the Breaking Into Startups podcast, which features people with non-traditional backgrounds who broke into tech. Connect with him on LinkedIn or Twitter.